Home/Education and Schools, News/BOOLEAN LOGIC GAME LAUNCHED BY THE CEIA

To mark the bicentenary of the birth of mathematical genius, George Boole, the CEIA – Cork’s Technology Network, today (Wednesday) launched an interactive Boolean logic game for students. Funded by Science Foundation Ireland (SFI) and in partnership with the Boole2School programme at UCC, the role-playing card game represents the true and false values of Booleans in every day uses, and is designed to be used by schoolchildren as an engaging and fun way to understand logic.

Speaking at the launch, Valerie Cowman, Skills and Education Chair of the CEIA said: “While Boolean logic may sound like a very complex topic, it is actually the simplest of logics and the very basics of computing. Through our Boolean logic game cards, representing the true and false values of Booleans in every day uses, students – as young as 6th class – can understand and have fun with logic.”

The application logic in the real world is not obvious to students, even though it is the fundamental basis of every computer, laptop, tablet and smartphone. Popular children’s computer games, such as Candy Crush and Minecraft, are clear examples of Boolean logic at work. The CEIA Bo01ean logic game demonstrates, through a role playing card game, just how Boolean maths influences our lives and modern world. The CEIA Boolean Internet Roadshow is being rolled out to schools in the coming months, and will bring the Bo01ean logic game to schools all over Ireland.

“The CEIA has been working with schools in the Cork Region for a number of years now to drive the STEM agenda. As the representative body for the high tech sector in the Region, comprising ICT, manufacturing, medtech and innovative design companies, it is a natural fit for our organisation to promote the importance of Boole’s work through the roadshow and game. We are delighted to mark the centenary in this unique way for schoolchildren.”

The Bo01ean logic game was devised by Eamon Connolly, CEIA outreach officer and Brian English, Board member of the CEIA. Having been trialed with 6th class primary students earlier this year, the game was adopted by Science teachers at the Eureka Centre in UCC as a tool to teach the basic principles of logic to students. In September 2015, the Irish Secondary Teacher’s Association (ISTA) introduced the game into their classrooms nationally. Following the official launch, the Bo01ean logic game is being distributed free of charge to students, teachers, parents through the CEIA website at www.ceia.ie.

There are over 30 countries internationally already taking part in the Boole2School flagship programme, and this figure in likely to increase further as students from all over the globe prepare to mark the day of Boole’s birth, 2 November, through their engagement with Boolean logic. 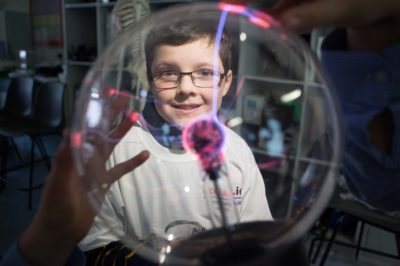 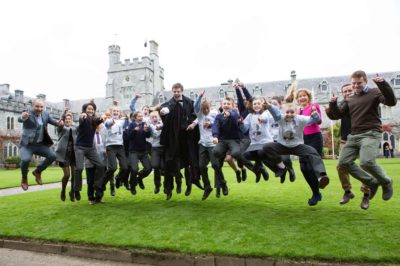 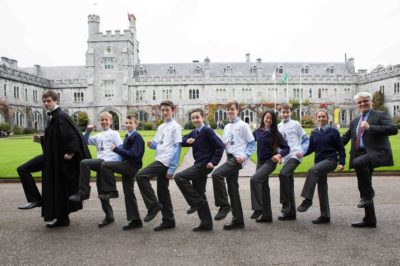